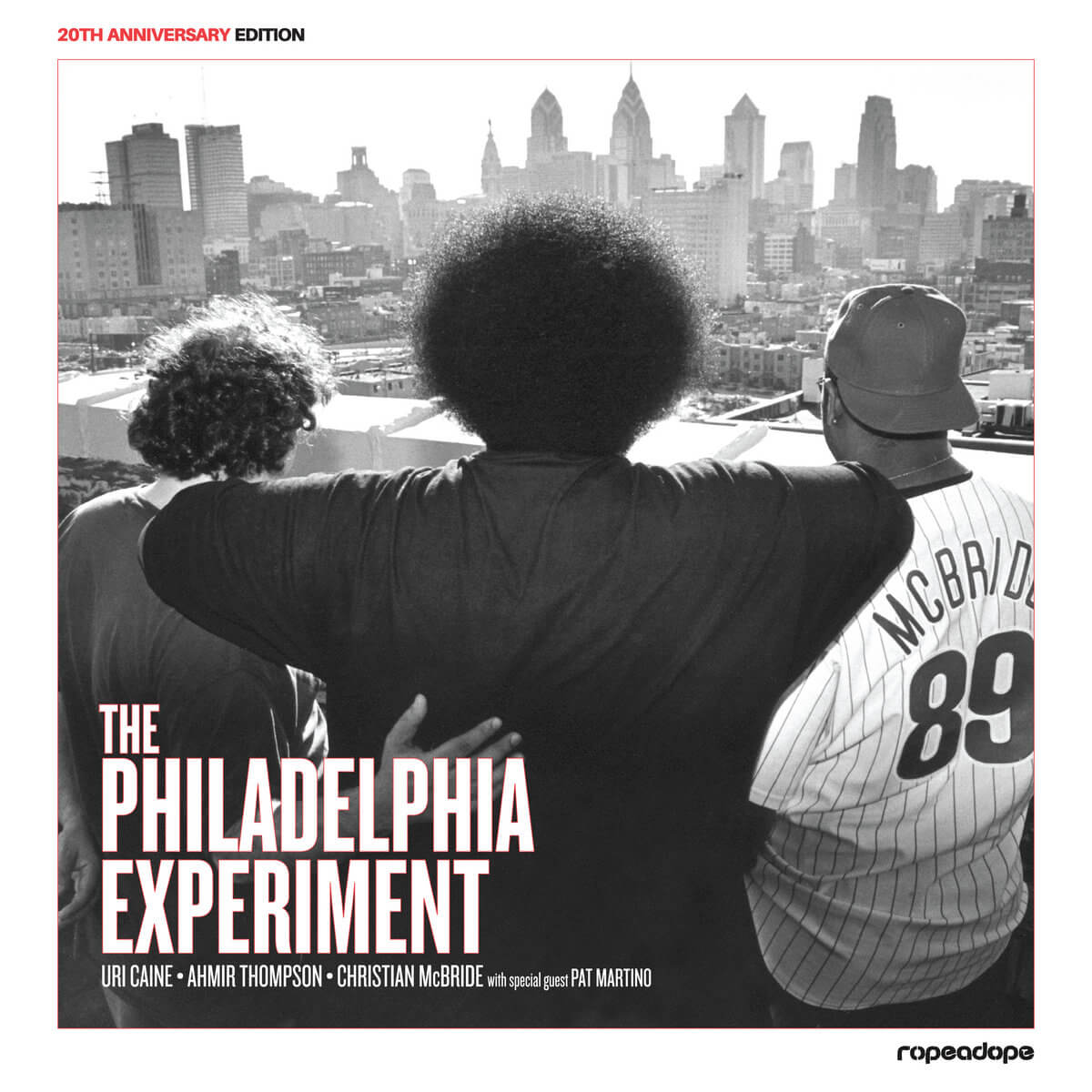 Limited Edition 20th Anniversary pressing of the Ropeadope classic. Originally released in June 2001, The Philadelphia Experiment has been out of print since. This historically important album features ?uestlove, Christian McBride, Uri Caine, and Pat Martino.

At a time of deep reflection on the 21st Century; of our very lives, of our values, and of the art that is of value, Ropeadope takes a step back to the beginning. While the label began in 1999, it is clear that the 600 albums released in the last 20 years mark a reflection of the times; a chronicle of musical evolution from a centralized marketing machine to a wide field of independent artistic creation. The Philadelphia Experiment stands as the definitive Ropeadope album; three titans of the scene in the studio with producer Aaron Levinson making music on the fly, answering only to their muse and the subject; Philadelphia.

The Philadelphia Experiment was met with wonder and acclaim, fusing influences with respect for the legacy and an adventurous spirit. Young artists would look to this album as a starting point, a realization of what is possible. And yet it also stands as a historic document that outlines a method of independent creation that defines Ropeadope to this day, and inspires musicians to simply create.

It is with this sense of history that Ropeadope celebrates 20 years since the June 2, 2001, release of The Philadelphia Experiment. A limited run of 1000 Double Vinyl LP’s will be pressed (plus 10 test pressings). With original 2 inch tape lost to time, the audio has been gently remastered from digital files for optimal Vinyl sound by G & J Audio. The lacquer will be etched with a blockchain transaction id, and each copy will carry a unique QR code entitling the buyer to a non-fungible token (NFT) specifically minted for the project as a permanent certificate of ownership. This will be the first time that NFT’s are directly linked to physical Vinyl LP’s.

The Philadelphia Experiment stands as the definitive Ropeadope album, a warning shot to the music community that change was in the air. Three artists in the studio, free from commercial pressure to create whatever they chose.

Here we stand a full generation later, and a multitude of artists are free to create the music of their choosing... and so we celebrate the Philadelphia Experiment for the music, but also for illuminating the path forward. Bravo.

This 20th Anniversary edition is part of a new era in collectible art; each record is accompanied by a non-fungible token (NFT) on the blockchain, verifying its authenticity.